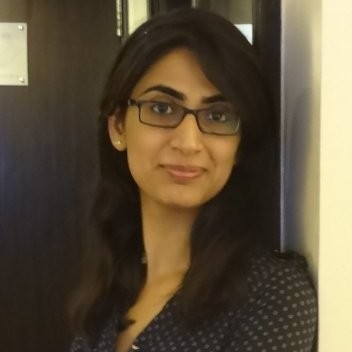 We, at Classic, believe that all work and no play definitely make office boring and monotonous. This is why we continue to introduce fun activities, host interactive events and go all out with festive celebrations to keep everyone’s mood upbeat and energies recharged! Adding that little dash of fun boosts productivity and creativity, and also promotes employee bonding.

This Dussehra season, we decided to do something with a twist and introduced the Little-Art-Twist competition. This idea, introduced by Pradeep Arora, Classic’s HR Manager was about not just involving the staff but their families too! Little-Art-Twist was a drawing competition for kids (under 10 years). The parents, working at Classic, had to submit drawings and paintings done by their kids on the theme of Dussehra - Good over Evil. The paintings were to be posted on our Company’s Facebook Wall and the one with most likes would have been declared as winner.

Despite a busy festive time at home, the parents managed to get their kids involved and we got eleven amazingly done paintings by little ones. The effort put behind the work was fantastic and every painting had a great message to share, some were even humorous! And once the pictures of these paintings were up on the Facebook wall, the excitement was incessant.

It was only a matter of minutes and the war of likes started on Facebook! What’s best - everyone was playing sport and the spirit of Classic was commendable. In spite of competing against each other, the parents were liking and appreciating all the good work done by all participating kids. That really made us feel that we hit jackpot!
For the next 10 days, while the competition was on, discussing number of likes was hot topic at Tea breaks. The idea was a superhit, the parents were blooming with pride because of the amazing comments every work of art received and the engagement on Classic’s Facebook Page was unmatchable!

Oh, did we tell you already? All the paintings were superb. No seriously, all of them were. Some were cute, some were artistic, some very thoughtful and some just too funny! However, a winner had to be picked. And so based on the number of likes, the two winners were picked. The winner with 3457 likes was Master Devraj (6 Years) Son of Mr. Sanoj Kumar (SEO Department) and Runner-up with 2545 likes was cute little Siyona (2.9 Year), daughter of Ms. Seema Sharma (Application Development – PHP Department).

All kids who participated were given gifts for their brilliant effort while the winner and runner-up had a special prize waiting for them during our Diwali party!

While everyone was happy and settled after the results were announced, our HR team had already begun to think of the next surprise for the employees. We are sure that the next one is going to be even more exciting and refreshing. Stayed tuned!

Deepti Manchanda is the HR - Head and Business Partner at Classic Informatics.

Year In Review: Classic Informatics In 2021