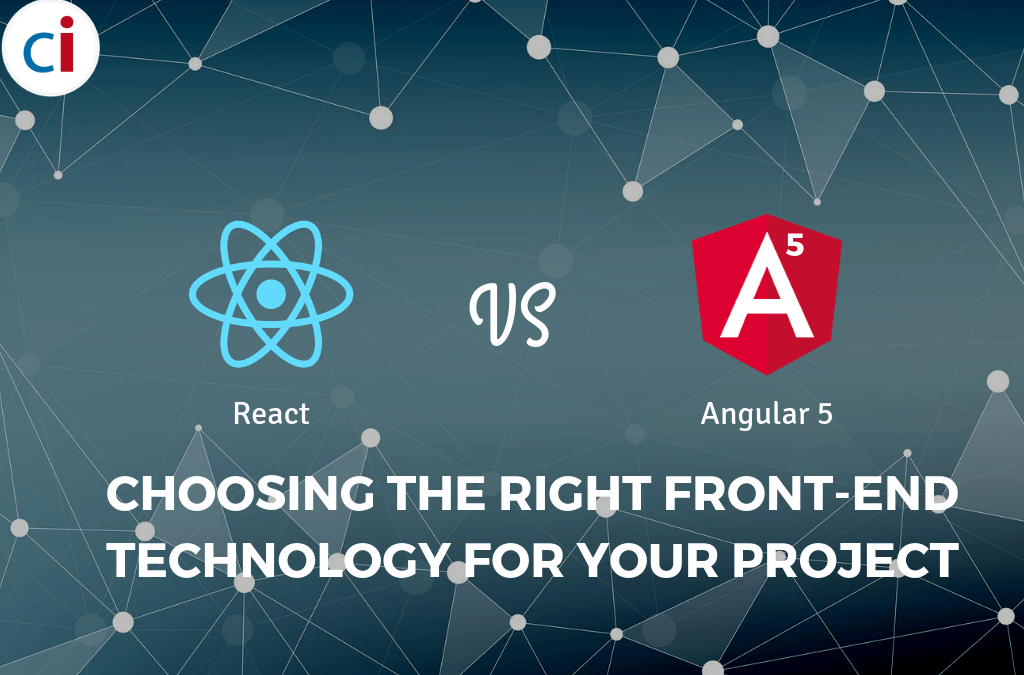 React and Angular as front-end development framework may look similar but a comparative study helps to understand what is better for particular scenarios and further aid in choosing the right one.

Front-end technologies enable web development companies to build applications that provide a  rich client experience. Among the most prominent of these front-end technologies are Angular and React, JavaScript frameworks that have taken the web by storm. Angular is from Google and React is from Facebook.

Both Angular and React technologies are used for development of SPA pages. Both are open sourced, progressive and leading technologies across the world and have well-supported tools; however, they take two different approaches in HTML rendering.

Thus, It is necessary to understand the unique points of each one in order to choose one of them for developing specific web applications.

There are numerous pros and cons between React and Angular in terms of use, performance, applicability, and support. In this post, I’ll take you through everything you need to know about these two frameworks. Let’s begin with understanding a bit about Angular and React, shall we?

The following features characterize ReactJS as a front-end development tool:

The following points highlight the salient points about Angular as a front-end development framework:

Here are some statistics to back the facts!

There are hundreds of JavaScript frameworks available and used across the world. The overall measure of Angular and React is indicated with the usage percentage and the market share of (0.6%, 0.4%) and (0.2%, 0.1%) respectively- according to a survey by W3Techs.

With millions of websites in use, the relative spread of usage of these two technologies is indicated with the percentage splits between Angular and React for all websites— for the top 1 million, for the top hundred thousand, top ten thousand and top thousand. This provides a relative density of usage within the different websites.

While the use among websites is lead by Angular compared to React, React seems to be more popular among the developers. Technical aspects such as migration paths, flexibility, and ease of development may have contributed to this. You find a number of Angular development companies in India using the latest version of Angular for different products and projects.

Also Read: Angular 9 To Release Soon: What You Need To Know 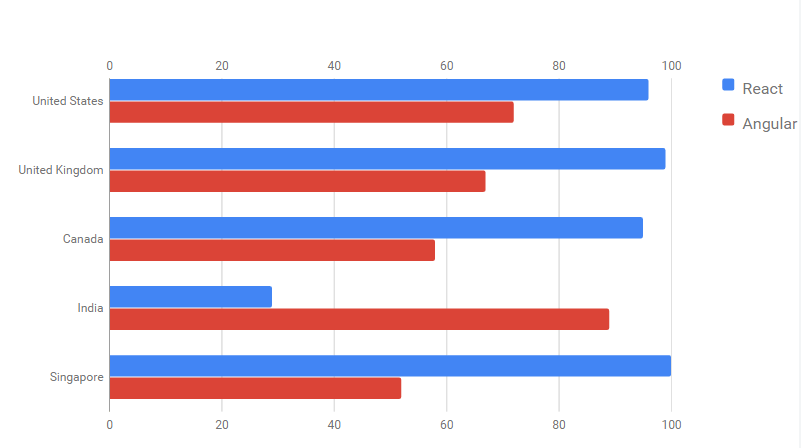 In comparison from application size point of view, the usage of Angular is more compared to React especially for the Enterprise web applications. Angular may have been more widely used at Google sites but React is used in many popular social media sites such as Facebook, Twitter, Instagram, Apple and others.

Another interesting statistic can be viewed from the classification of loved, dreaded and wanted between Angular and React. The plots about this tell us that whereas React is the most loved and least dreaded JavaScript framework, Angular is preferred over React.

Angular and React are aptly described as Powerful JavaScript Framework and Popular JavaScript Library to strike a very concise comparison. The following table provides a little more details and a quick comparison between these two seemingly similar choices:

Angular 5, as well as React, use a server-side rendering (the initial version AngularJS was adopting client rendering), so they are at par from this comparison. In short, both of these like other leading JS tools, are progressive and provide regular updates and upgrades.

React and Angular 5: When to choose them?

The comparisons between Angular and React are many but it is their differences that must be considered to enlist one of them. For an end user, some aspects are important whereas for a developer certain others may be favorable. We can see how the technical aspects can favor each of these aspects:

The angular community has seen the Angular platform progress from AngularJS to Angular 5 (Angular 6 is in its initial stages) with several feature and technology-related enhancements.

Similarly, React community witnessed progress with the React with several enhancements and additions to the library to the latest React 15 (React 16 is in the initial release stages). Adoption of any of these requires a careful application of the differences between them for any given scenario. 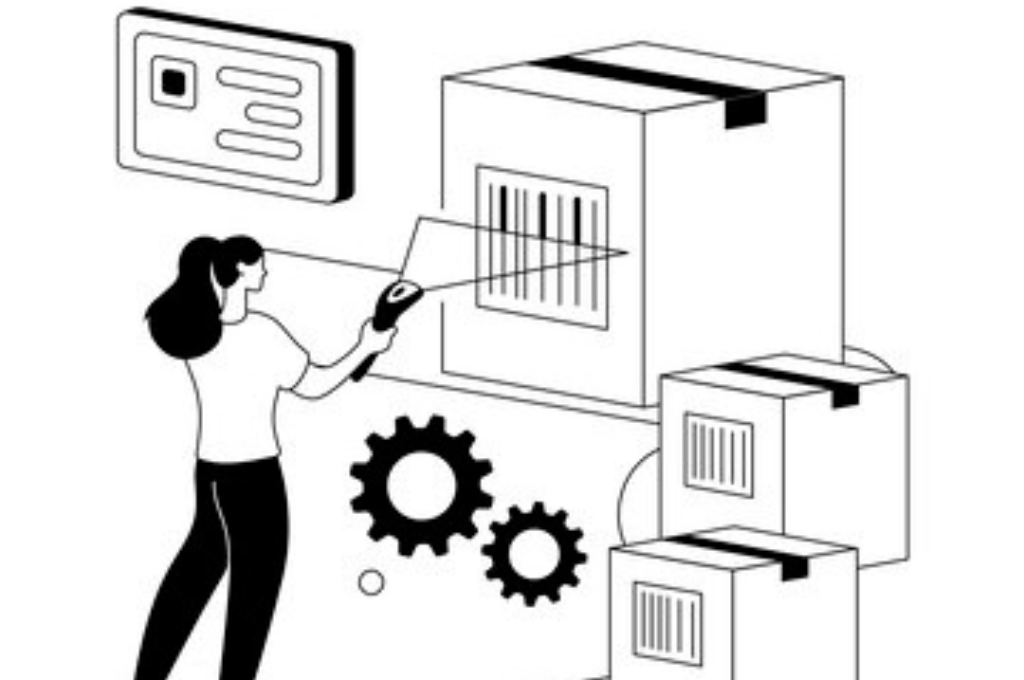 Vulnerability Scanning For Web Applications: What You Need To Know