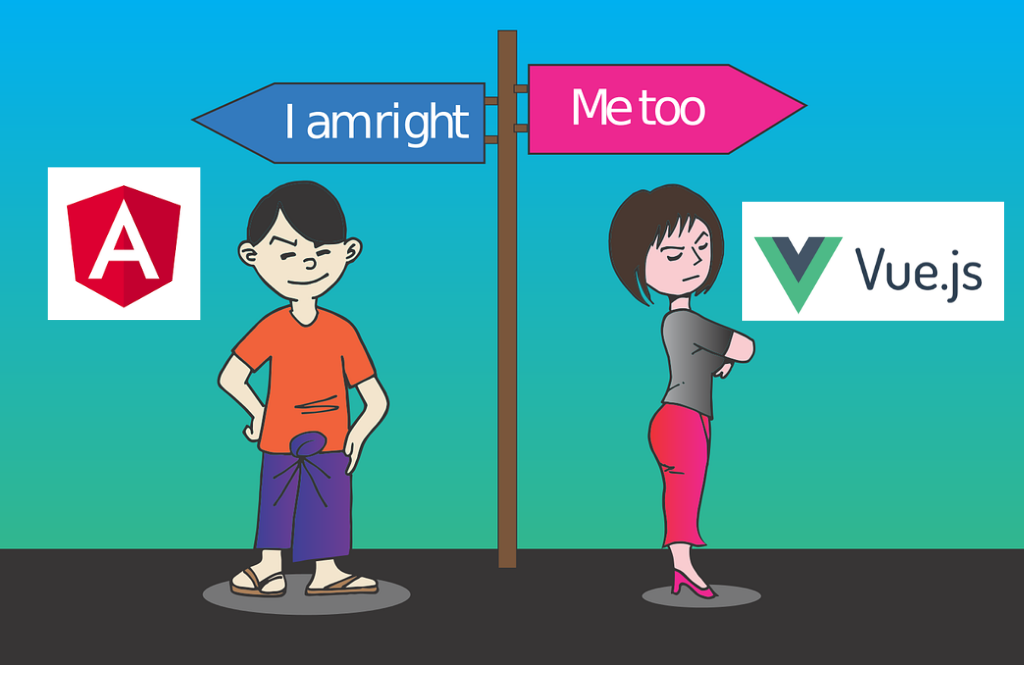 Yet another year passes holding brainstorming technologies that provide enormous number of front-end development solutions when integrated with a framework. Many more tech stacks are yet to come.

Just about a year ago, developers were engaged in the discussion of whether they should be using Angular OR React? Which framework they should go for? Which is the best tool to make the deployment easier?

But before coming to a conclusion to answer these questions, Vue has entered the development market incorporating best-in-class features that will make your development scalable and faster.

The choice is getting tougher now.

Are you a startup owner looking for front end development services? Are you looking for the best technology that perfectly fits your requirements? Or are you getting confused in choosing between the two best front end frameworks i.e. Angular VS Vue for your web application development?

All of you don't need to worry about this. All the queries related Angular and Vue are solved right here, right now.

In this article, you'll get to know each and everything related to Angular development and Vue development.

A brief description of Frameworks

Angular is an open-source framework developed by Google that focuses primarily on developing dynamic websites and applications. It is a TypeScript based JavaScript framework that comes under the category of MEAN stack and provides support to a wide range of code editors.

Simply putting, Angular is a heavy and high functionality framework. The framework has a steeper learning curve , in that case, you need a pool of full-stack developers for your application development. The startups Hire Angular developers to develop large-scale, dynamic and real-time applications.

Vue is emerging as one of the most popular frameworks in front end development ensuring faster and bug-free performance. Vue framework provides higher customizability and easier to learn for the new learners. Here, we can say, it's all good for the new Startups. With Vue, the new aged developers can laid more emphasis on app features rather than writing too much code. Not only this, but Vue also facilitates server-side rendering that boosts the page execution on the client side. It eventually results in a rich user experience.

Excited... Want to get more update?

Read Blog Post: Angular 9 To Release Soon: What you need to know?

Time to showcase some Statistics:

Moving further with the discussion, I would like you to have a walk through the statistics that help you to select the best framework out of the two. Putting straightforward, the choice is going to be difficult this time.

As technology is growing at a rapid pace, there is a rise in the demand for expert developers for these frameworks. In a web development company like us, these frameworks are used to develop a master product that can dominate the market. 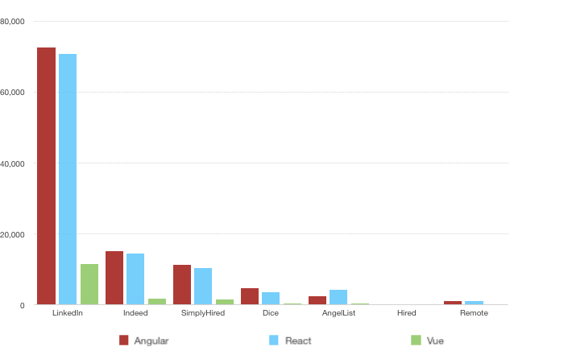 Here, you can very well see who's demand is on the top these days. yes, it's none other than Angular developers. I think all you must be knowing that Angular is not a new concept. It has already occupied its space in the market and now it comes up with its 9th version. The statistics showcase that angular developers are most in demand.

But if we talk about Vue, the figures are not the liked ones. It's still in the queue to be at the top of the rankings.

Now, let's check out the frequency of usage and popularity of the frameworks. It is depicted here the demand for the frameworks and how much it is popular in the market in respect to others.

The picture is quite clear here, as you can see React far surpasses Angular and Vue. It is evitable that it is downloaded a lot many times leaving behind the others. At the same time, Vue is also moving steadily. But, Angular doesn't move at all from the spot by the number of downloads. The reason behind the success of React is none other than CSS Markup.

I  think you must have drawn a clear picture by this time. The statistics are quite clear and understandable as to which technology is going up nowadays and to whom it needs a bit update. So that they can rise up with the best-in-class features.

Ok. Coming back to our discussion with the statistics. Github, the largest repository for storing and hosting IT projects.  Each project has its repo and a unique URL  through which you can access it easily.

As you can see above that Angular is lacking behind in comparison with the other two. It has almost three times fewer stars and repository copies. The users have noticed some issues and suggested improvements in that case. 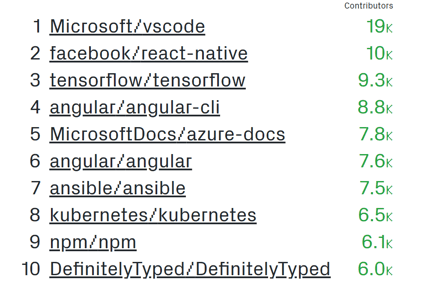 Have a look at this list showing the ground comparisons with the competitors. React has taken second place, and at the same time Angular holds the sixth place, just with a minor gap.

Vue did not even hit in the list of the best open-source frameworks as of now. (All statistics as of March 8, 2019).

Google search queries can't be considered as the true indicator in showcasing the rise and fall of the technologies. The frameworks are not always searched especially by web designers, rather they are searched with a single word i.e. React not React developer.

Now, check this out with the changed search query.

Did you identify the change in the search queries? The results are completely different. In the former case, React stands first, Angular holds the second position, and Vue, unexpectedly-the last. As you can see very well that how searching statistics change drastically.

Difference between Angular and Vue on Different Parameters 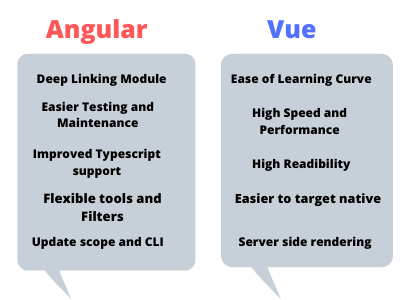 What to expect in a new version of Angular9?

What to expect in a new version of Vue3?

When to choose these Frameworks?

If we first talk about the Startups,  I think Vue is the best suitable choice for them as they are new in the development arena. The framework is easier to understand and no need to write a full-length code. As the app size is smaller, the Vue based application is much faster to download and employ. If startups need, they can also hire Vue developers for their application development phase.

This can be the same for the freelancers also.  Freelancers can also opt for the Vue framework for the faster development. It does not take much time to learn the functionalities of the framework.

But what about the Big Firms? Which framework they should go for?

The answer to this question is Angular.

Working with Angular is much more complex than Vue in the front end development. It requires a dedicated team of developers to develop a fully-featured app by using minimal cost and time. When it comes to developing a large-sized application whose runtime performance should be good, angular is preferred.

Each of the frameworks has its own benefits and drawbacks. However, at the end, it's your choice to choose the right framework depending upon all the factors while making the decisions.

The discussion of Angular VS Vue never comes to an end as there's no absolute perfect choice, which you've probably expected. 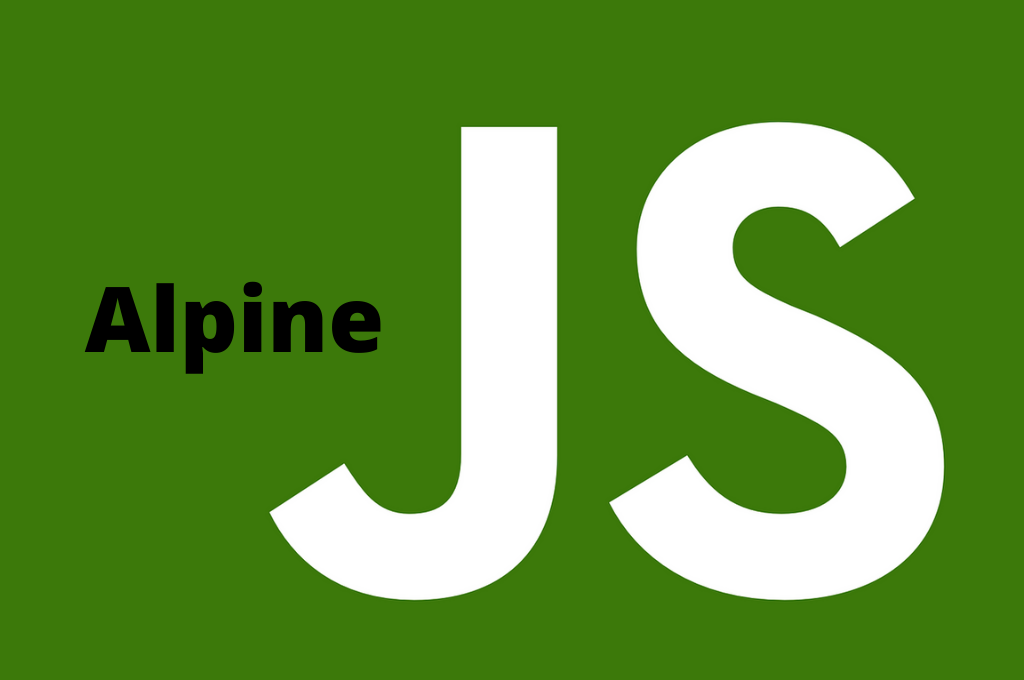